A Year Too Late

I'm going to step away from the 2004 Topps for at least a post - sort of.  It seems as though Bowman has two rookie cards of Lastings' Milledge: one from 2006 and one from 2005.  However, the 2005 seems to be his true Bowman rookie, as part of the Draft subset.  What's strange is that Lastings was drafted in 2003, only to appear on a card as a draftee two years later.  Even more strange is that the 2006 Bowman is marked as a rookie card, when he'd already been in the league at least two years (he was injured most of his first year).  Regardless, enjoy the shinies. 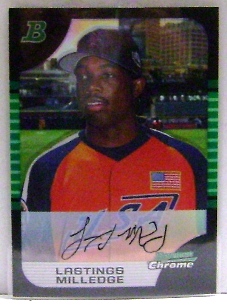 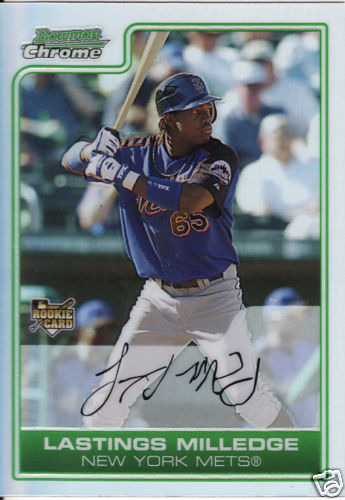