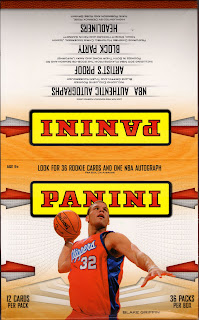 
Base Cards
For an introductory set, 400 base cards, of which 100 are rookies (most of the rookies have a NBA & NCAA team card), seems quite extensive.  But for this box I managed to pull every card in the regular set and about half of the rookies.  The box projects one rookie/per pack after all.  The base design is well enough for an introductory issue, but I do especially like the "swatch" colors on both sides of the players name. 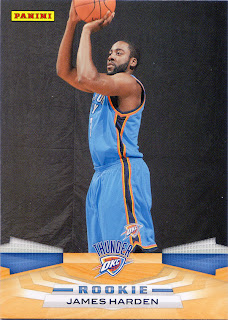 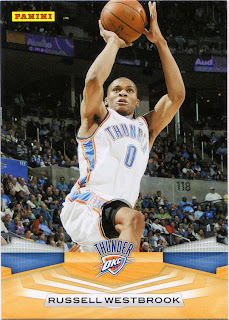 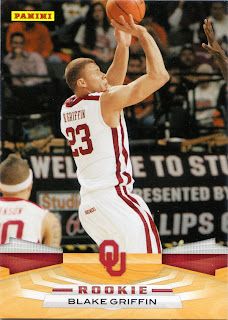 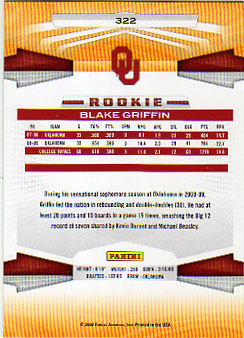 Parallels
This is where my primary gripe with this set is.  The parallels which exist are the Arists Proofs (#/199) and the Glossy.  The Artist's Proofs are exactly like the regular base cards, but a stamp on the front and the serial # on the back, while the Glossy are exactly the same, with no designation from the regular base cards.  The Glossy do have a different feel to them, but only if you are touching a regular and a glossy at the same kind can you tell.  The glossy really need some sort of mark to distinguish them, because I cannot tell the difference from just looking at them.  I pulled 8 Glossy (from what I can tell) and 5 Artists Proofs from my box. 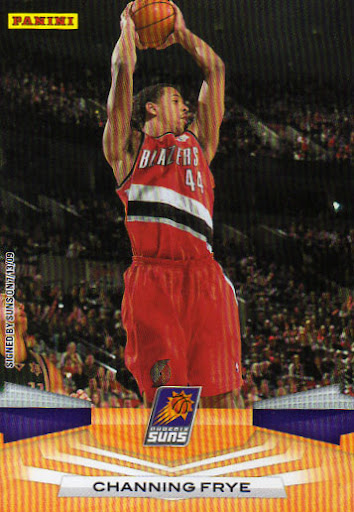 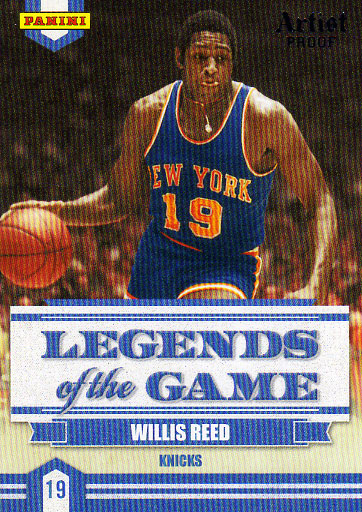 Inserts
Future Stars
Future Stars is a 20 card insert set highlighting possible up and comers, mostly with poorer teams.  I like the layout, design, and colors they've chosen for this set, but disagree with some of their choices.  I picked up 7/20 from the box. 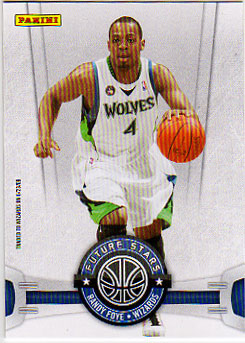 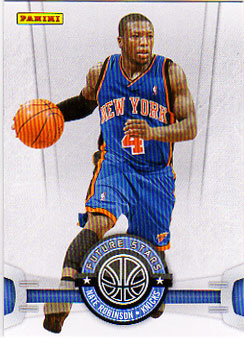 Jam Masters
Cool looking set.  Ten big slamming stars, you should know em all.  Very confusing looking as well though. I picked up 5/10 in the set. 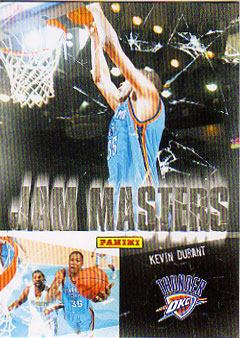 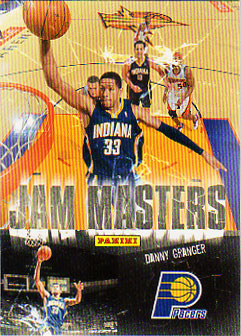 The Franchise
Coolest insert set in the series by far.  20 teams, all building their rosters up around these players.  I got 8/20 here. BTW, that KD is a glossy.. (cant tell can you?) 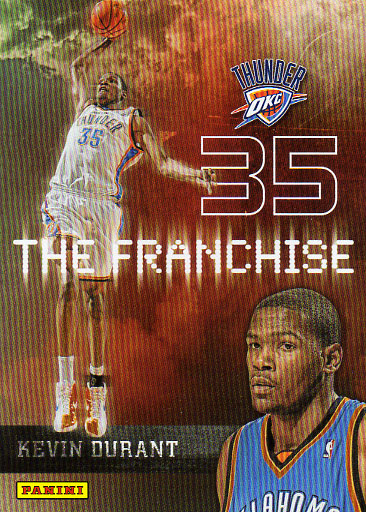 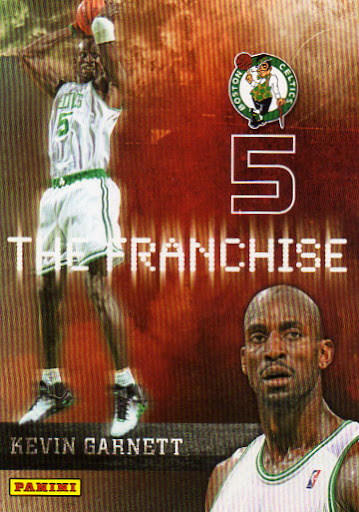 Legends of the Game
Neat, nothing original here.  The layout is well done, both front and back, but the players leave something to be desired.  I picked up 3/10 here plus one artists proof. 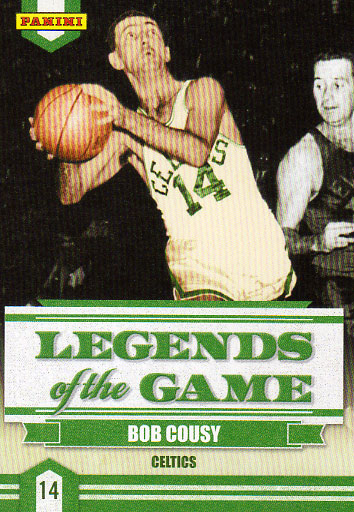 Headliners
Lamest of the series.  Done before, and better.  This set is just a bit too overstated.  Can't even make out what the article says, which considering the money put in to this, should be legible.  I got 4/10 here.
The Nate Robinson is Glossy. 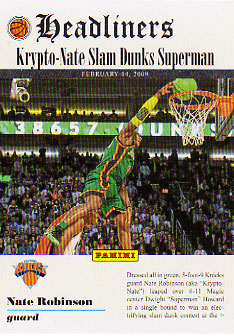 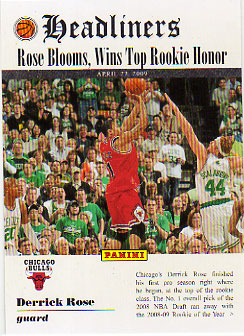 Block Party
How many prolific blockers are there really in the NBA.  Ten according to Panini.  Really once you put down Dikembe and Yao, does anyone else even compare? 3/10 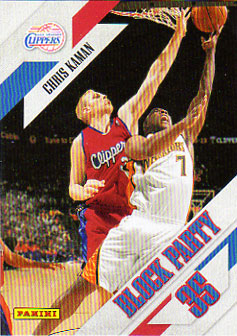 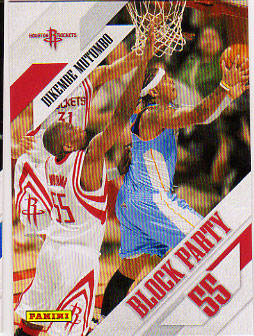 All-Pro
Far as I can tell, this set consists of players from the All-Star game, but I could be wrong.  Decent enough, could be better. 6/20 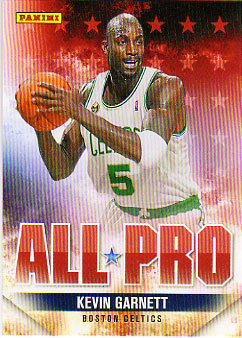 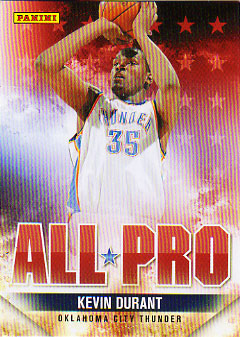 Hits
Inscriptions
The one per box hit is called inscriptions, where they take a rookie, and his rookie card, and he signs a sticker.  Not even serial numbered, but what do you expect from a base level product?  I picked up Brandon Jennings.  The only listing on ebay for the card has it with a BIN price of $99.  I don't see that happening honestly. 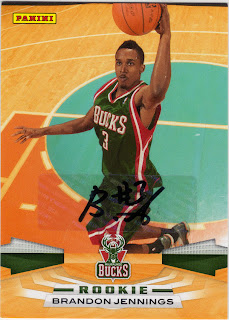 Panini does a great job, in my opinion, with their first set in the exclusivity deal.  The box yielded a duplicate about 1/20 cards but I was still able to finish the whole set except for about 40 of the rookies.  The inserts run the usual gamet of great to mediocre, but where my real gripe lies in this product is with the parallels: Artist Proofs need to be more than just S# cards that are otherwise the exact same, and glossies need to be labeled or otherwise distinguishable from the regular base cards.  Otherwise I think they did alright, and while I would recommend this as a set to build (its just way too easy with one box, and frustrating in the results) it is a fair enough product for the money.  Of note is the fact that there is a player sticker, and team logo sticker glow-in-the-dark, for each team included throughout the packs.